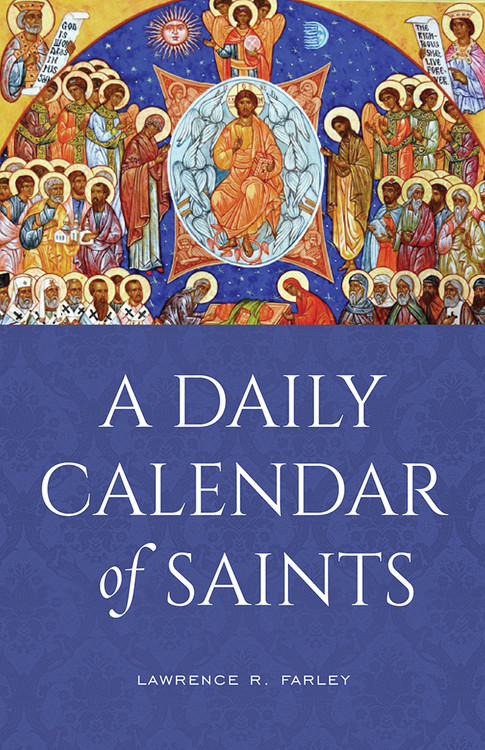 A Daily Calendar of Saints: A Synaxarion for Today’s North American Church

Popular biblical commentator and church historian Fr. Lawrence Farley turns his hand to hagiography in this collection of lives of saints, one or more for each day of the calendar year. His accessible prose and contemporary approach make these ancient lives easy for modern Christians to relate to and understand.

About the Author: Archpriest Lawrence Farley is the pastor of St. Herman of Alaska Orthodox Church (OCA) in Langley, B.C., Canada. He received his B.A. from Trinity College, Toronto, and his M.Div. from Wycliffe College, Toronto. A former Anglican priest, he converted to Orthodoxy in 1985 and studied for two years at St. Tikhon’s Orthodox Seminary in Pennsylvania. In addition to the Orthodox Bible Study Companion series, he has published Let Us Attend, One Flesh, Following Egeria, The Christian Old Testament, The Empty Throne, Unquenchable Fire, and A Song in the Furnace.