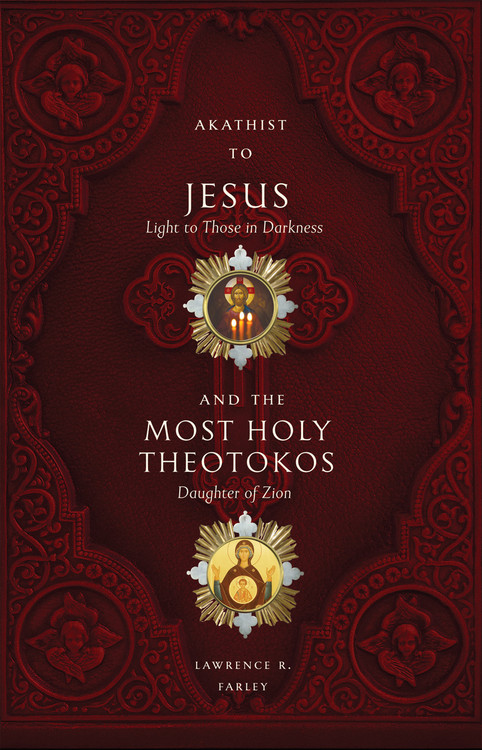 Akathist to Jesus, Light to Those in Darkness, plus Akathist to the Most Holy Theotokos, Daughter of Zion

Akathist to Jesus, Light to Those in Darkness

Eventually, everyone comes to dwell in darkness for a time. That is when we need to turn to Jesus, the only Light of the world and the only rescue for those in pain and despair. We break through the darkness by offering praise to God. This akathist is offered to all who sojourn in the darkness, with the prayer that they will use such praises as this to break through.

Akathist to the Most Holy Theotokos, Daughter of Zion

Zion in the Old Testament is a type of the Holy Mother of God. As God chose to dwell in Zion and thus blessed and glorified her, so God also chose to dwell in Mary and to bless and glorify her. In the New Testament, Jerusalem is revealed as both a virgin and a mother—just like the Holy Theotokos. This akathist draws on scriptures that reveal this image of Mary as Zion, so that we may see anew Christ's Gospel work revealed in the Old Testament.

About the Author: Archpriest Lawrence R. Farley is the pastor of St. Herman of Alaska Orthodox Church (OCA) in Langley, B.C., Canada. He received his B.A. from Trinity College, Toronto, and his M.Div. from Wycliffe College, Toronto. A former Anglican priest, he converted to Orthodoxy in 1985 and studied for two years at St. Tikhon’s Orthodox Seminary in Pennsylvania. In addition to the Orthodox Bible Companion Series, he has also published A Song in the Furnace, The Empty Throne, Let Us Attend, One Flesh, The Christian Old Testament, Following Egeria, and more.