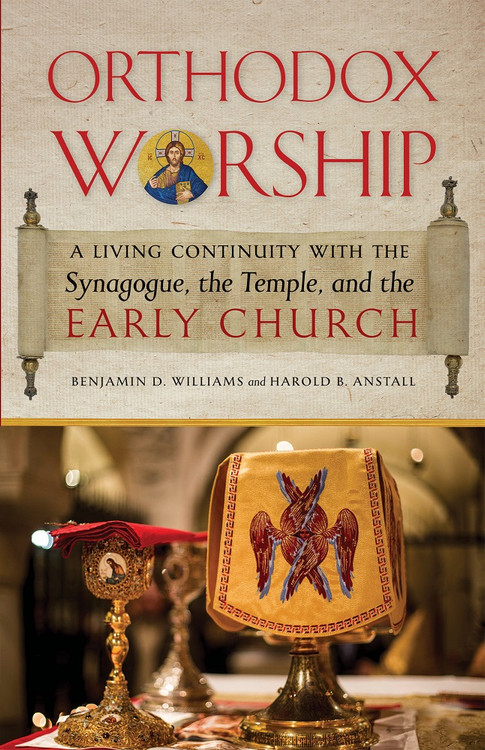 Orthodox Worship: A Living Continuity with the Synagogue, the Temple, and the Early Church

by Benjamin D. Williams and Harold B. Anstall

Ancient Faith has produced a fresh update and redesign of a book cherished by a generation of seekers. Written in an accessible manner for the average lay person, Orthodox Worship offers insights into the Orthodox liturgy. Early Christians preserved a continuity of worship from the Old Covenant to the New, employing elements from the Jewish Temple liturgy, the synagogue liturgy, and the rituals of the Jewish home. The book shows how divinely revealed Old Testament worship is not only continued but also fulfilled in the Orthodox liturgy. A line-by-line explanation of the liturgy is included.

Benjamin D. Williams holds a Master of Theology from Fuller Theological Seminary (1979). He has served in various facets of Christian ministry, including pastor, cantor, prison chaplain, and parish council chairman. He has been actively involved in the founding of three mission parishes and was ordained as a Reader (OCA) in 1994. He has served in various leadership roles in nonprofit organizations and has conducted leadership development seminars for the past twenty years.

Harold B. Anstall M.D. (now deceased) was, until his retirement, Professor of Pathology at the University of Utah Medical Center and author of many scientific books and publications. He was also a lay theologian in the area of liturgical worship and liturgical theology, part of a venerable tradition in the Eastern Orthodox Churches. Harry regularly taught adult education classes, particularly in the area of liturgics, over the years in various Orthodox churches in Salt Lake City, UT.

LOOK INSIDE... Orthodox Worship: A Living Continuity with the Synagogue, the Temple, and the Early Church