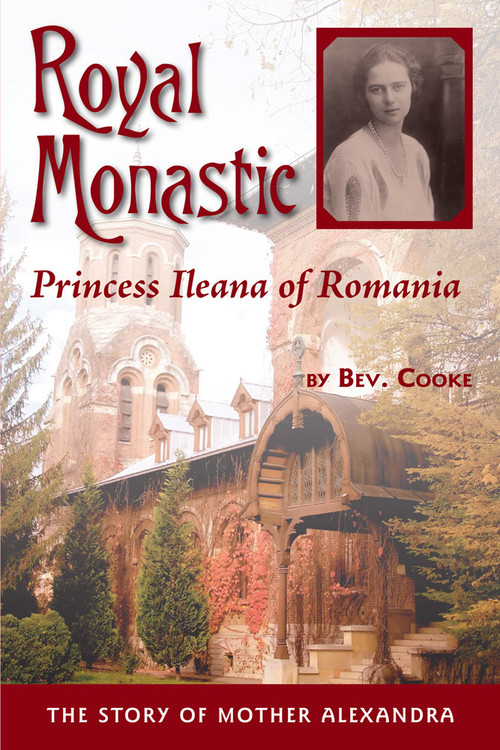 The life of a princess is not all glamour, handsome princes, and beautiful clothes. It is also devotion to duty, sacrifice for your people, and a lot of just plain hard work. And if your country happens to suffer two world wars and a communist takeover in your lifetime, it means danger and suffering, exile and heartache as well. Princess Ileana of Romania endured all this and more. But her deeply rooted Orthodox faith saw her through it all, and eventually led her in her later years to the peaceful repose of monasticism. But that life included sacrifice and hard work as well, because as Mother Alexandra she was called to build the first English-language Orthodox women's monastery in the United States: the Monastery of the Transfiguration in Ellwood City, Pennsylvania. Princess Ileana's story is a thrilling tale of love and loss, danger and rescue, sacrifice and reward. Her inspiring life stands as a beacon of faith and holiness for young women of all times and nations to follow.

"We are deeply grateful to Bev. Cooke for her extensive research coupled with her storytelling ability that makes the life of Mother Alexandra--Royal Monastic--a comprehensive and enjoyable read for any age. We are sure that readers will learn to appreciate the woman who lived on three continents during the most troubled time in modern history--a woman who in some ways could identify with everyone she met, yet in other ways with no one on earth." -- Mother Christophora, Abbess, Orthodox Monastery of the Transfiguration

"Royal Monastic is an excellent and engaging historical biography of a truly remarkable princess turned monastic.  As the founder of Holy Transfiguration Monastery in Elwood City, Pennsylvania, Mother Alexandra, Princess Ileana of Romania, is an example of Orthodox Christian virtues of love, suffering and self-sacrifice." -- Chrissi Hart, author of Under the Grapevine: A Miracle by Saint Kendeas and The Hermit, The Icon and The Emperor: The Holy Virgin Comes to Cyprus

"Royal Monastic is a portal into a small and vital corner of Eastern European life during that time of great struggle. Princess Ileana's commitment to Orthodox monasticism in the latter part of her life, as Mother Alexandra, has left the royal seed of Orthodox altruism planted on American soil, leaving a lasting and growing vine of Truth. This is a history well worth reading." -- Claire Brandenburg, author and illustrator of Song of the Talanton, The Monk who Grew Prayer, and Daniel and the Lion

"Here is a book that makes sanctity believable as well as attractive.  At the end of the book, we feel that we truly know the saintly protagonist, and wish that we could get to know her even better. Although we cannot meet this remarkable woman on earth, we can rely on her heavenly prayers, and rejoice in her life, thanks to this wonderful new volume." --Archpriest Lawrence R. Farley, author of Shepherding the Flock: The Pastoral Epistles of St. Paul the Apostle to Timothy and to Titus

"This engaging biography of a remarkable woman will suit anyone with an interest in people and history, but the figure of Ileana, princess, social activist and much more makes a particularly appealing role model for girls and young women in the 21st Century.  While Disney sometimes labours to make its animated princess heroines appear as independent, powerful young women, Ileana of Romania is the real thing."-- Donna Farley, author of Seasons of Grace: Reflections on the Orthodox Church Year

Bev. Cooke is the author of Keeper of the Light (Conciliar Press, 2006) and Feral (Orca Book Publishers, 2008). She lives in Victoria, British Columbia. Learn more about Bev. and her work at http://www.bevcooke.ca.