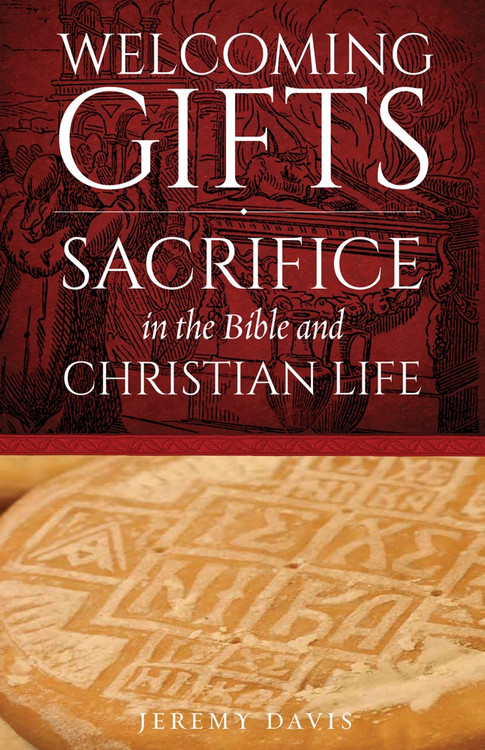 Welcoming Gifts: Sacrifice in the Bible and Christian Life

The word sacrifice conjures images of suffering, loss, and even martyrdom. But sacrifice as practiced in the Old Testament and throughout the ancient world was most often the occasion of joyous celebration - a way of drawing near to God and to the other members of the community. Welcoming Gifts explores the history of sacrifice, the meaning of Christ's sacrifice, and what the concept should mean for Christians today - a way of expressing and cementing our relationship with God.

About the Author: The Right Rev. Archimandrite Jeremy Davis assists Metropolitan JOSEPH at the Antiochian Orthodox Christian Archdiocese headquarters in Englewood, New Jersey. He previously served fifteen years at St. Elijah and Holy Ascension Orthodox Churches in Oklahoma and holds an MDiv from St. Vladimir’s Orthodox Theological Seminary. Throughout his ministry, he has sought to introduce today’s Christians to the vibrant faith of the ancient Church Fathers.

"By sensitively exploring the role of sacrifice in antiquity and in the Old Testament, as well as Christ’s own sacrifice, Fr. Jeremy Davis unveils a realm of personal relationship obscured by the contemporary usage of the word and so breathes new life into the “sacrificial” dimensions of Christian life. This is a book sure to inspire!" -Fr. John Behr, Regius Chair of Humanity, University of Aberdeen

"Father Jeremy Davis has done a great service to the Church with what should by rights become the go-to text for understanding ancient sacrifice, particularly within the Scriptures. In addition to a survey of the ancient origins of sacrificial ritual and a detailed account of biblical offerings, he makes two critically important contributions to the field. First, Fr. Jeremy brings to bear the richness of the patristic tradition as the Fathers of the Church interpret, and reinterpret, ancient understandings of sacrifice in light of Christ and the apostolic faith. Second, he describes the Eucharist not only at a theological level, but also within the celebration of the Divine Liturgy in the context of sacrificial offering. Anyone seeking to move beyond the shallow and errant understandings of sacrifice inherited within modern Western culture will be well served by this book." -Fr. Stephen De Young, author of God Is a Man of War and Religion of the Apostles

"In Welcoming Gifts, Davis’s spiritual depth and intellectual gifts combine to do the challenging work of reframing our narrative of what sacrifice means and its role in the life of a Christ-follower. The author notes, “Biblical people were attracted to sacrifice; we are repelled by it.” In this book, you will find yourself attracted to sacrifice in a new, fresh, inviting way. Rich in scholarship, steeped in scripture, and filled with wisdom from the Fathers, this insightful and rewarding book will change the way you think about sacrifice." -James Bryan Smith, Dallas Willard Professor of Christian Formation at Friends University, and author of The Good and Beautiful God

LOOK INSIDE... Welcoming Gifts: Sacrifice in the Bible and Christian Life