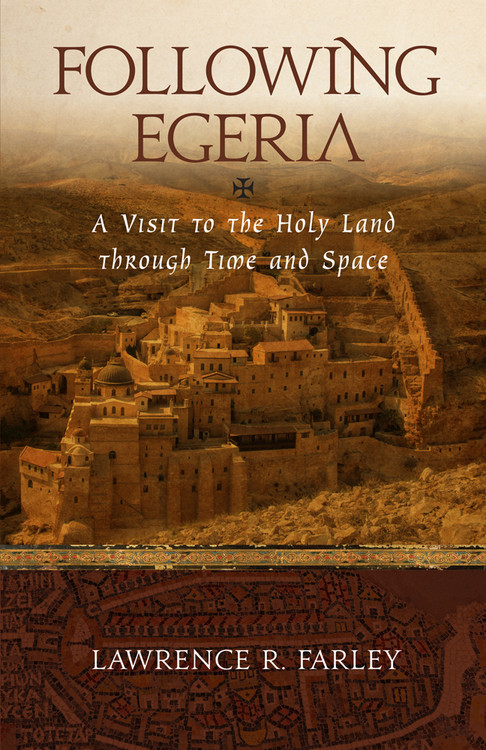 Following Egeria: A Modern Pilgrim in the Holy Land

In the fourth century, a nun named Egeria traveled through the Holy Land and wrote an account of her experiences. In the twenty-first century, Fr. Lawrence Farley followed partially in her footsteps and wrote his own account of how he experienced the holy sites as they are today. Whether you’re planning your own pilgrimage or want to read about places you may never go, his account will inform and inspire you.

About the Author:  Archpriest Lawrence Farley is the pastor of St. Herman of Alaska Orthodox Mission (OCA) in Langley, B.C., Canada. He received his B.A. from Trinity College, Toronto, and his M.Div. from Wycliffe College, Toronto. A former Anglican priest, he converted to Orthodoxy in 1985 and studied for two years at St. Tikhon’s Orthodox Seminary in Pennsylvania. In addition to the Orthodox Bible Companion series he has also published Let Us Attend:A Journey through the Orthodox Divine Liturgy, and A Daily Calendar of Saints.