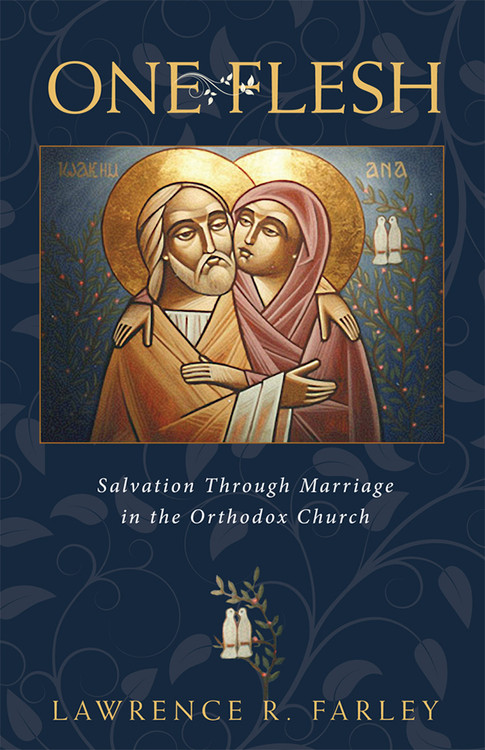 One Flesh: Salvation through Marriage in the Orthodox Church

Is the Church too negative about sex? Beginning with this provocative question, Fr. Lawrence Farley explores the history of the Church’s attitude toward sex and marriage, from the Old Testament through the Church Fathers. He persuasively makes the case both for traditional morality and for a positive acceptance of marriage as a viable path to theosis.

About the author: Archpriest Lawrence Farley currently pastors St. Herman of Alaska Orthodox Church (OCA) in Langley, B.C., Canada. He received his B.A. from Trinity College, Toronto, and his M.Div. from Wycliffe College, Toronto. A former Anglican priest, he converted to Orthodoxy in 1985 and studied for two years at St. Tikhon’s Orthodox Seminary in Pennsylvania. He has also published the multivolume Orthodox Bible Study Companion Series, as well as The Christian Old Testament: Looking at the Hebrew Scriptures through Christian Eyes and Let Us Attend: A Journey Through the Orthodox Divine Liturgy.