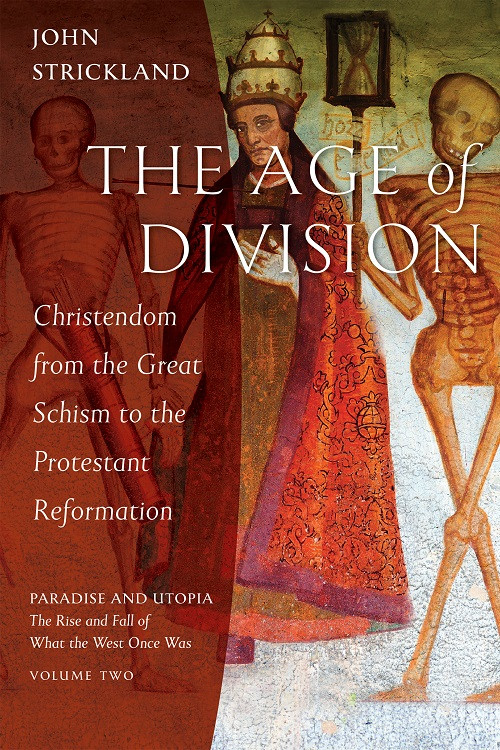 The Age of Division: Christendom from the Great Schism to the Protestant Reformation

The Age of Division: Christendom from the Great Schism to the Protestant Reformation - Paradise and Utopia: The Rise and Fall of What the West Once Was, VOLUME TWO

If you have ever wondered exactly how we got from the Christian society of the early centuries, united in its faithfulness to apostolic tradition, to the fragmented and secular state of the West today, The Age of Division will answer all your questions and more. In this second of a four-volume cultural history of Christendom, author John Strickland applies insights from the Orthodox Church to trace the decline and disintegration of both East and West after the momentous but often neglected Great Schism. For five centuries, a divided Christendom was led further and further from the culture of paradise that defined its first millennium, resulting in the Protestant Reformation and the secularization that defines our society today.

About the Author: John Strickland is an Orthodox priest and former college professor. His first book, The Making of Holy Russia, is a study of the resilience of Christianity in the modern world. The first volume of the present work, The Age of Paradise, was published by Ancient Faith Publishing in 2019. An active blogger and podcaster, John brings to this series a lifetime of reflection on the religious background of the West. He lives in western Puget Sound with his wife and five children.

LOOK INSIDE... The Age of Division: Christendom from the Great Schism to the Protestant Reformation