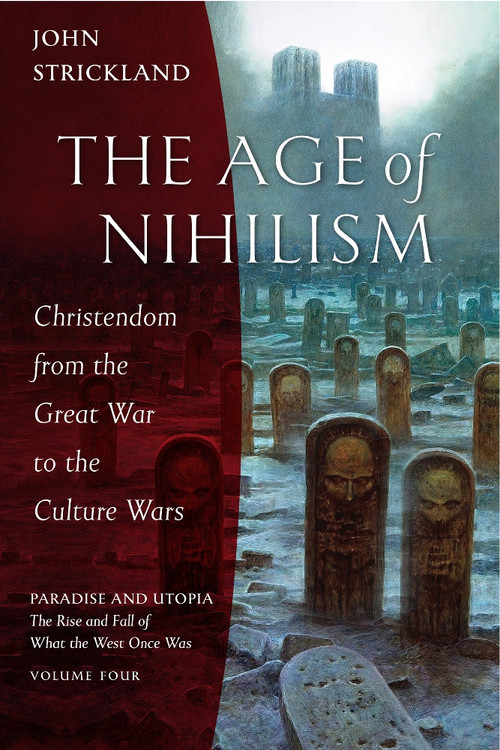 The Age of Nihilism: Christendom from the Great War to the Culture Wars

The Age of Nihilism: Christendom from the Great War to the Culture Wars - Paradise and Utopia: The Rise and Fall of What the West Once Was, VOLUME FOUR (of the four-volume history of Christendom)

In this final volume of the series, John Strickland tells the story of Christendom’s most tumultuous century. As nihilism began to cast its menacing shadow on the eve of the First World War, a self-styled "antichrist" named Friedrich Nietzsche and an obstinately Christian Fyodor Dostoevsky both offered ominous visions of what the West would become if "God is dead" and any moral act thus becomes permissible. Though total warfare seemed to confirm such predictions, a project arose in its wake to rebuild utopia with secular ideologies that, in the case of Nazism, opened the abyss even further. Communism and liberalism were left after the Second World War to compete for ultimate preeminence, but both would ultimately fail to replace the lost transcendence of the West’s deep first-millennium past. As the twenty-first century opened, utopia was as elusive as ever, and a culture of paradise once again beckoned to a civilization exhausted by centuries of secularism.

THE FILES FOR THIS TITLE MAY BE TOO LARGE TO TRANSFER TO SOME KINDLE DEVICES.

LOOK INSIDE... The Age of Nihilism: Christendom from the Great War to the Culture Wars