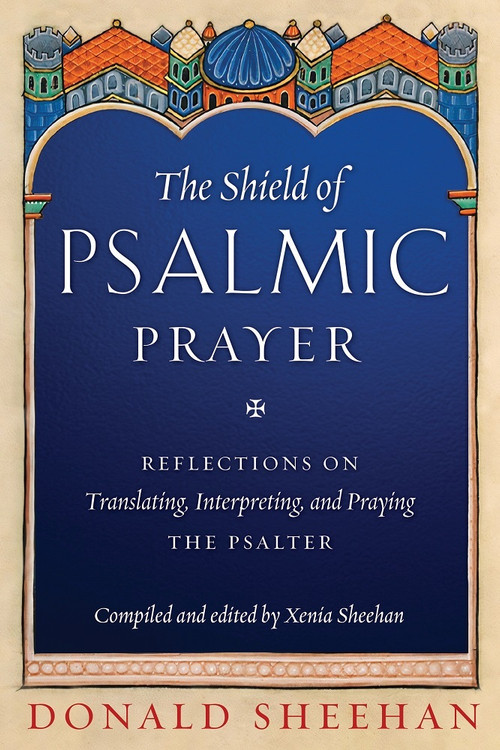 The Shield of Psalmic Prayer: Reflections on Translating, Interpreting, and Praying the Psalter

This ebook is only available as a PDF

by Donald Sheehan, compiled and edited by Xenia Sheehan

In this posthumous collection of poet and teacher Donald Sheehan's reflections on Psalms and psalmic prayer, culled from his journals and teaching notes, you will find two quite different kinds of writing working in tandem: poetic and personal journaling by a man of faith, a scholar, a linguist, and, in the deepest sense, a teacher; alongside scholarly linguistic and poetic analysis by a man steeped in poetry who thought like a poet.

"In the spiritual life, two things are essential: what we do, and how we do it. In this wonderful collection of the late Donald Sheehan’s thoughts on the Psalms, we see both. He takes us into what the Psalms are in depth—the Word of God. He also demonstrates, time and again, how those depths shape his life and the world in which he lives. Thus, we are given two things: the Word of God and a life in which the Word has given shape. It is a path we all should walk." -Fr. Stephen Freeman

Born in 1940, Donald Sheehan received a Ph.D. in English from the University of Wisconsin–Madison, where he was also Managing Editor of Wisconsin Studies in Contemporary Literature. He taught at the University of Chicago, Franconia (NH) College, Plymouth (NH) State College, and Dartmouth College. He concurrently directed the Robert Frost Place Center for Poetry and the Arts in Franconia, NH (1978–2005), creating and directing a now internationally acclaimed poetry writing program. After becoming an Orthodox Christian in 1984, he spent the rest of his life revising all of his understanding and teaching to accord with his new faith. Along the way he taught himself Classical Greek, Biblical Hebrew, and LXX Greek.

His books include Fr. Pavel Florensky’s Iconostasis, co-translated with Olga Andrejev (St. Vladimir’s Seminary Press, 1996); The Psalms of David, Translated from the LXX Greek by Donald Sheehan, ed. Xenia Sheehan and Hieromonk Herman Majkrzak (Wipf & Stock, 2013); and The Grace of Incorruption: The Selected Essays of Donald Sheehan on Orthodox Faith and Poetics, ed. Xenia Sheehan (Paraclete, 2015). He also published a number of articles and was involved in several books published by the Frost Place. He died in 2010 in Charleston, SC, and is buried at Panagia Proussiotissa Monastery in Troy, NC.

Xenia Sheehan, born in 1941, holds a BA in Philosophy (Antioch College, 1963) and an MA in Counseling (Norwich University); completed coursework towards an MA in English (UW–Madison), and studied theology at St. Vladimir’s and St. Tikhon’s Seminaries. She has raised two sons, created several alternative schools, built an off-grid house, worked as a counselor, and edited many books, beginning at the University of Wisconsin Press, then the University Press of New England, and finally freelancing. She has previously edited and published two posthumous volumes of her husband's work, as named above. Baptized in the Orthodox Church in 1989, she currently lives near the Holy Dormition Orthodox Monastery in Rives Junction, Michigan.

LOOK INSIDE... The Shield of Psalmic Prayer: Reflections on Translating, Interpreting, and Praying the Psalter

Donald Sheehan
This ebook is only available as a PDF