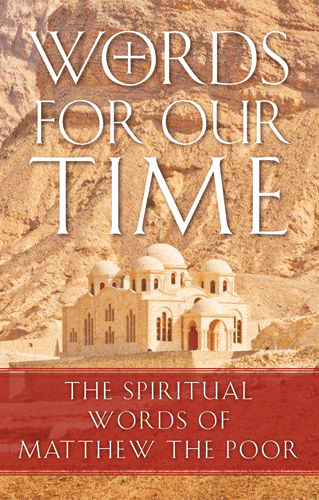 Words for Our Time: The Spiritual Words of Matthew the Poor

The twentieth-century elder Abba Matta of Egypt, known in the West as Matthew the Poor, is widely regarded as the greatest Egyptian elder since St. Antony the Great. He produced a huge and varied body of work in Arabic, only a little of which has been translated into English. In addition, a great many of his informal talks to monks and visitors were recorded. This volume is the first appearance in English of a small selection of these talks.

Abba Matta had a marvelous ability to communicate the deepest spiritual truths in the simplest and most practical language, making them accessible to laypeople as well as monastics. He speaks to the heart rather than the head, gently exhorting the reader to pursue a deeper life in Christ. To read these talks is to sit at the feet of one of the greatest spiritual teachers of our age.