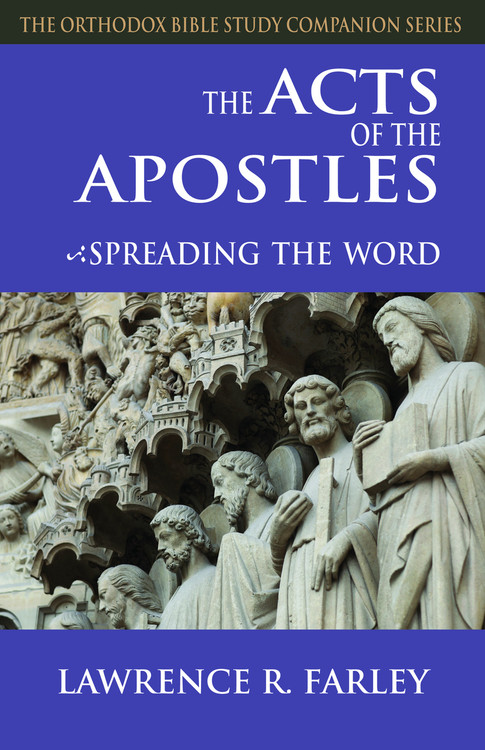 The Acts of the Apostles: Spreading the Word

Fr. Lawrence Farley explores the Acts of the Apostles as St. Luke's sequel to his Gospel—an apology for the Christian Faith as the fulfillment of Judaism, a gospel for all peoples, and a faith that poses no threat to Roman government or society. It's also the greatest adventure story of all time.

About the Author Archpriest Lawrence Farley currently pastors St. Herman of Alaska Orthodox Mission (OCA) in Langley, B.C., Canada. He received his B.A. from Trinity College, Toronto, and his M.Div. from Wycliffe College, Toronto. A former Anglican priest, he converted to Orthodoxy in 1985 and studied for two years at St. Tikhon’s Orthodox Seminary in Pennsylvania. He has also published A Daily Calendar of Saints. Fr. Lawrence is the author of the Orthodox Bible Study Companion Series.