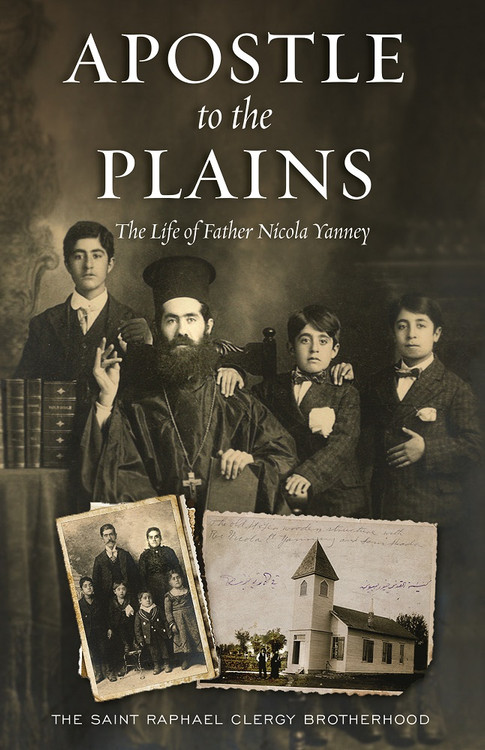 Apostle to the Plains: The Life of Father Nicola Yanney

by The Saint Raphael Clergy Brotherhood

In 1892, a young man left his home in the coastal foothills of Lebanon in search of a better life. Coming to America with his newlywed wife, he found work as a traveling peddler before settling on a small farm in central Nebraska. Years later, personal tragedy and an unexpected midnight visit from a saint changed the course of his life. Seeing the desperate need of his fellow Orthodox Christians and heeding God’s call, he would spend the rest of his life traversing the Great Plains as a circuit-riding priest, known to his thousands of parishioners as Father Nicola Yanney. His legacy stands alongside that of St. Raphael Hawaweeny, his mentor, as a seminal force in the American Orthodox Church of our day.

LOOK INSIDE... Apostle to the Plains: The Life of Father Nicola Yanney