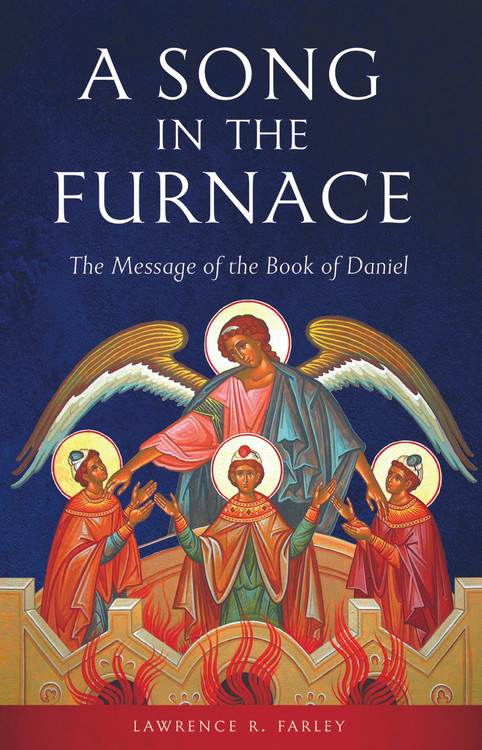 A Song in the Furnace: The Message of the Book of Daniel

The Book of Daniel should be read with the eyes of a child. It’s a book of wonders and extremes—mad kings, baffling dreams with gifted interpreters, breathtaking deliverances, astounding prophecies—with even what may be the world’s first detective stories added in for good measure. To argue over the book’s historicity, as scholars have done for centuries, is to miss the point. In A Song in the Furnace, Fr. Lawrence Farley reveals all the wonders of this unique book to the receptive eye.

“Like Daniel, we also live in Babylon, awaiting its apocalyptic fall, and like Daniel’s three holy and youthful friends, we also increasingly stand face to face with Nebuchadnezzar as he demands our cultural submission to an alien ideology. . . . This then is the urgent message of the Book of Daniel. As we stand before the powers of the age and hear the demand for cultural assimilation and surrender to secularism, we must make our own the words of the three young men to the king as the furnace of fury burned before them.”

About the Author: Archpriest Lawrence R. Farley is the pastor of St. Herman of Alaska Orthodox Church (OCA) in Langley, B.C., Canada. He received his B.A. from Trinity College, Toronto, and his M.Div. from Wycliffe College, Toronto. A former Anglican priest, he converted to Orthodoxy in 1985 and studied for two years at St. Tikhon’s Orthodox Seminary in Pennsylvania. In addition to the Orthodox Bible Companion Series, he has also published The Empty Throne, Let Us Attend, One Flesh, The Christian Old Testament, and Following Egeria.