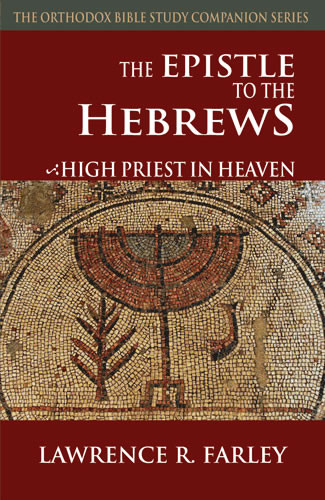 The Epistle to the Hebrews: High Priest in Heaven

The Hebrew Christians of apostolic-era Palestine were tempted to fall back into Jewish ways because of persecution and a lack of understanding of the true uniqueness and significance of Christ. The writer of the Epistle to the Hebrews exhorts them to stand fast, finish the race, and attain the promises awaiting the faithful.

About the Author Archpriest Lawrence Farley currently pastors St. Herman of Alaska Orthodox Mission (OCA) in Langley, B.C., Canada. He received his B.A. from Trinity College, Toronto, and his M.Div. from Wycliffe College, Toronto. A former Anglican priest, he converted to Orthodoxy in 1985 and studied for two years at St. Tikhon’s Orthodox Seminary in Pennsylvania. He has also published A Daily Calendar of Saints. Fr. Lawrence is the author of the Orthodox Bible Study Companion Series.